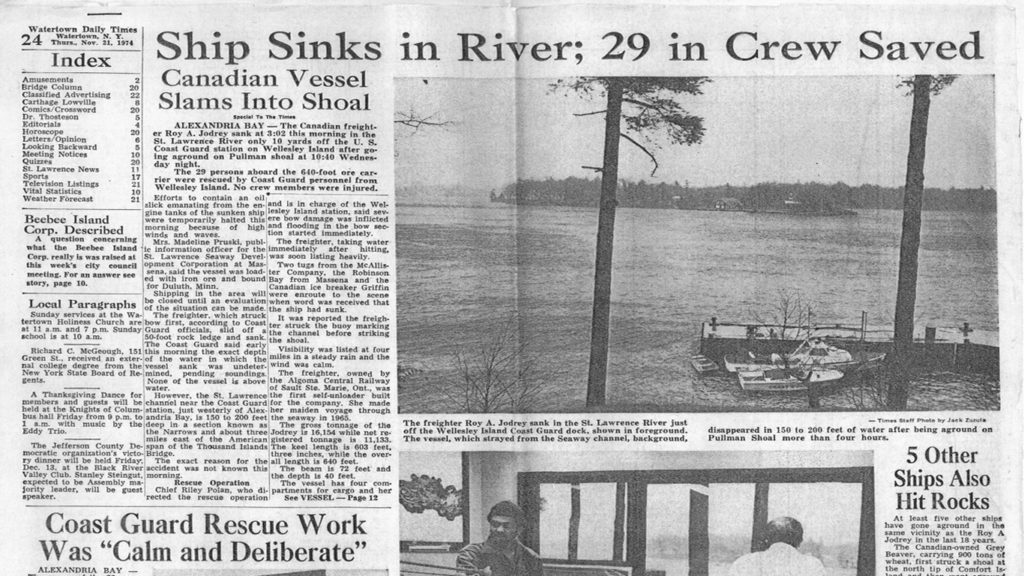 The Roy A. Jodrey was born at the Collingwood Shipyard in Collingwood, Ontario. The Jodrey was the 186th ship built at the yard as indicated by its yard number 186. Construction began in September of 1965 and was completed by November. The ship was the first to be built with a design that would be used for other ships in the Algoma Central fleet including the Algorail and Algoway. The Jodrey would fly the Canadian flag being registered in Collingwood, Ontario. The ships overall length was 640 ft. It was designed so that it could have access to Great Lakes and St. Lawrence River ports that bigger ships would not be able to access. 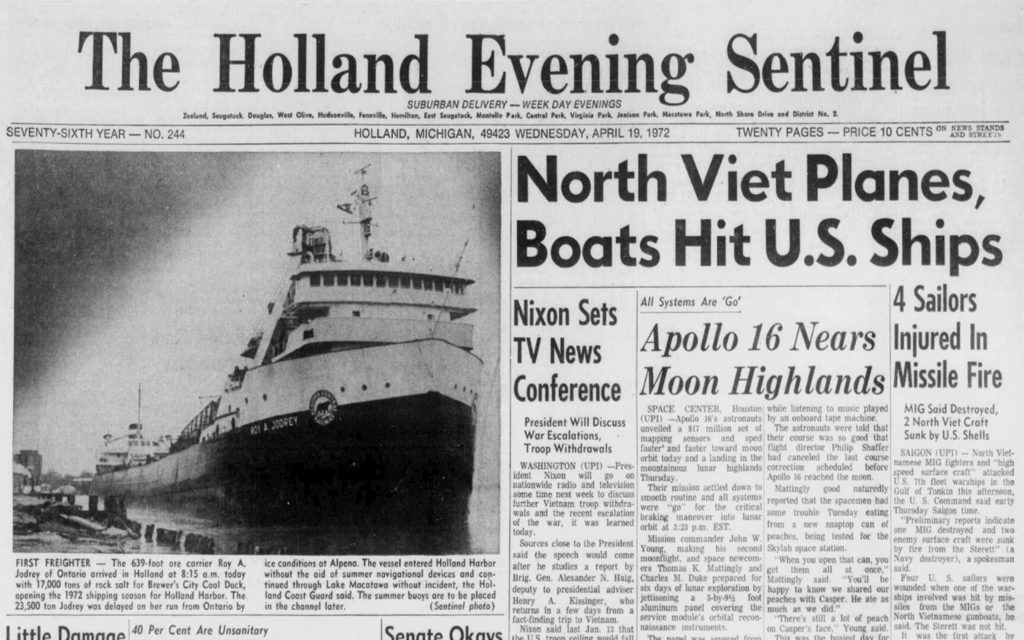 On November 21, 1974 the Roy A. Jodrey was heading upriver on a trip from Sept-Île’s, Quebec in route to Detroit, Michigan with a load of 20,500 tons of iron ore pellets. The ship was on its 45th trip of the season. The 29-man crew had traveled through the popular section of the Thousand Islands Region before and all seemed to be going as normal. Around 10:40 PM the ship passed the Sunken Rock Lighthouse just downriver from Alexandria Bay. It was dark and visibility was reported to be only a few miles. Shortly after passing the Rock Island Lighthouse the ship struck a navigational buoy, reported to be buoy number 194 off Wellesley Island, and tore a hole in the ships hull. Captain Hugh McDowell ordered all crew awake and sounded the alarm that the ship was taking on water. An attempt was made to patch the hull but ultimately failed. Captain McDowell ran the vessel up on the Pullman Shoal just a short distance from the Coast Guard Station on Wellesley Island. Ballast pumps failed to keep the ship afloat.

As the hours progressed it became more apparent that the ship would be a loss. At 3:02 AM, 4.5 hours after hitting navigational buoy number 194, the Roy A. Jodrey slid off Pullman Shoal and sunk over 140 feet below the St. Lawrence River. Fortunately, all crew members made it off the ship safe.

Despite sinking in a relatively narrow section of the St. Lawrence River, dive crews where not able to locate the 640 ft freighter for at least two days after it went down. The attempt to locate the vessel lead to the discovery that the Coast Guards charts gave an inaccurate depth of that area. Prior to the recovery efforts of the Jodrey, the depth of that section of the St. Lawrence was though to be around 200 feet when in reality it was over 250 feet. 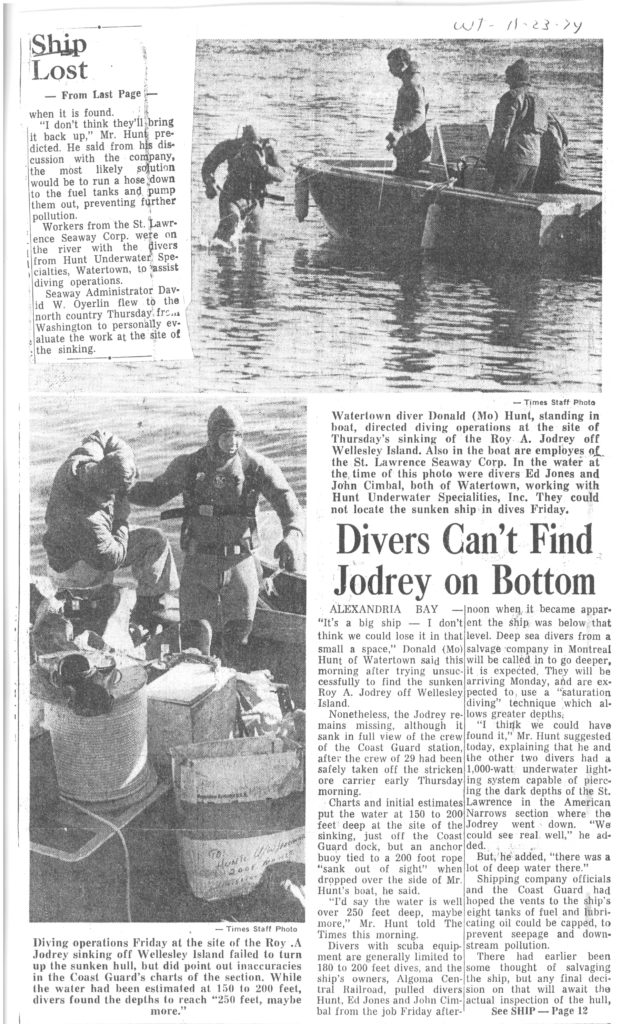 Although all crew members made it safely to shore before the Jodrey slipped below the St. Lawrence the wreck would still produce casualties. Due to the depth and strong current, diving down to the ship can be extremely dangerous. The first casualty was one of the official investigators sent to survey the wreck. Since then other divers have passed while attempting to dive the ship as recently as 2008 and 2011.

Still the wreck of the Jodrey remains a popular technical dive site for only the most experienced divers. If you are interested in diving the wreck, check out Hunts Dive Shop.